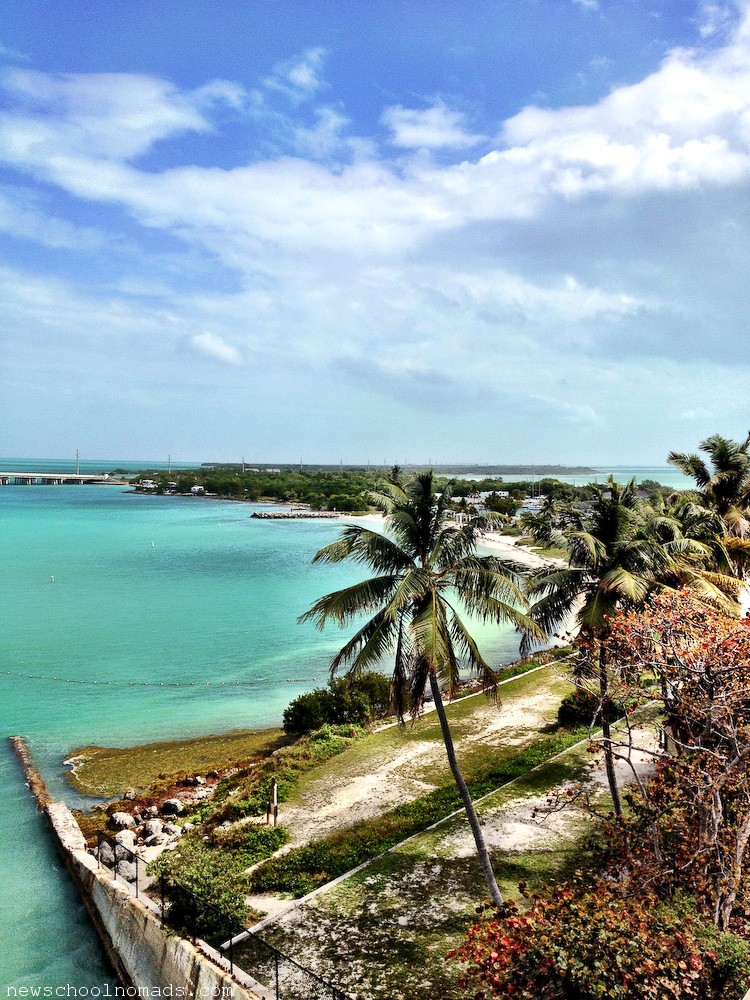 Road tripping is in my blood.

Some of my favorites childhood memories are roadtrips with my family. One particularly memorable experience was when our family vacation to Gulf Shores, Alabama suddenly, due to an unfavorable weather forecast, took a detour to the Florida Keys. I mean what is 800 miles except two days more driving?

I hope our boys remember the six days we spent in the Florida Keys as fondly as I remember childhood vacation.

We almost skipped visiting the keys because the Florida State Parks, which are significantly less expensive than private campgrounds, were booked solid. The private parks are $75 a night and up during peak season. Being the  determined person I am, I checked the Florida State Park site for cancellations 3-5 times a day. Persistance paid off and we got four nights at Bahai Honda State Park. I was ecstatic.

Brent and I agreed Bahai Honda State Park is one of the most beautiful campgrounds we have ever visited with miles of uncrowded beaches surrounded by aquamarine water. It has to have the best beaches in the keys. You can still see and walk out on the old Bahai Honda Bridge for a stunning view of the island. The bridge was part of the Overseas Highway built by Henry Flagler and finished in 1912. One of the ranger talks was a retelling of the railway’s history by “Henry Flagler” himself (an impersonator). It should be noted that the bridge from Calusa beach makes a stunning  backdrop for some of the most gorgeous sunsets I have witnessed in my life. In. My. Life. Dramatic? Yes. But true. I’m still dreaming of those sunsets.

We enjoyed wading out to the sandbar located at Loggerhead beach where I found a large hermit crab living in a conch shell. The boys and I sat in the shallow water for nearly an hour waiting for him to come out of his shell. I named him “Hermie” which Thing 1 informed was “generic”. Humph. Thing 2 was in paradise, quite literally, as he charged down the sandbar, searched for bits of coral, and made “drizzle” castles out of sand.

One evening, we drove over to Big Pine Key to visit the National Key Deer Refuge. The refuge is home to the Key deer which is an endangered animal that only lives in Florida keys. We didn’t have to look long or hard until we spotted the small deer grazing in lawns. We drove a little further out to No Name Key, yes that is it’s name, and found Key deer wandering along the edges of the road. Don’t worry everyone was driving really slow. The deers, living in close quarters with people for many years, have lost their fear of humans. This isn’t good for the deer but let’s be honest, it’s good for a 9 year old animal loving boy. We were delighted when they came up and sniffed our hands. I’m quite certain it was my Snow White-like charm that drew them near and not hopes of food.

Bahai Honda is about an hour’s drive from Key West. We spent the afternoon walking around the streets of Key West taking in the sites, sipping coconut water, and dodging spring breakers smoking cuban cigars. I very much wanted to go into Ernest Hemingway’s home but due to being on a budget, I settled with a picture and my imagination. Our walk ended at Mallory Square. The sunset was less than spectacular due cloudy weather but the street performers more than made up for it. Our favorites were The Catman of Key West who I remember being mesmerized by when I visited Key West as a kid and The Red Trouser Show. Thing 2 was chosen as an “assistant” for the The Trouser Show proving he may have a future as a street performer. Our evening ended with an excellent dinner of Cuban food El Siboney which I still crave.

The one thing the boys wanted to do in the Florida Keys was snorkel. Unfortunately due to windy conditions, the snorkeling trips led by the states parks had been cancelled. We were about ready to give up when John Pennekamp Coral Reef State Park had a campsite cancellation the day we were leaving Bahai Honda. (It pays to have a touch of OCD.) We decided to stay one more night in the keys at John Pennekamp hoping conditions would change and there would be a snorkeling trip in the morning.

Our last morning came and at 8:00 am, breath held, I called the snorkeling tour office to find out if they were going out to the reef. They were! After a week of cancelled tours, conditions has improved enough to snorkel. The boys were thrilled. I was scared. Scared of barracudas, sharks, and sting rays. As it turned out I should have been scared of getting seasick. I spent the majority of the time curled up on the boat deck wishing I would have been eaten by a shark. It was worth it though because the boys had a wonderful time.

Our Florida Keys Experience in a Glance