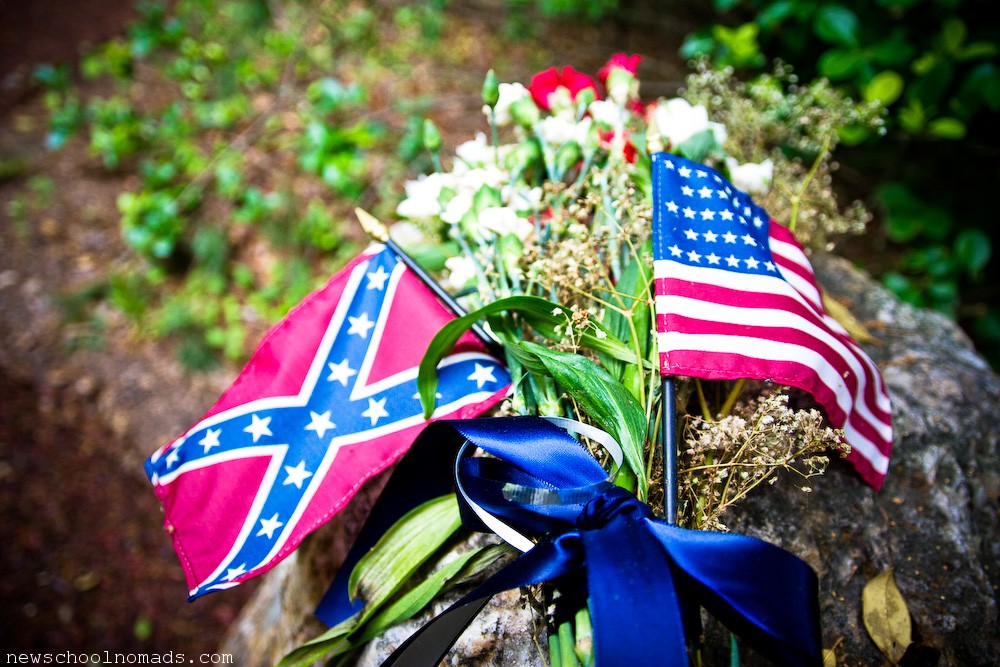 Fredericksburg and Spotsylvania National Military Park, was about 45 minute drive from our “home” in Colonial Beach. 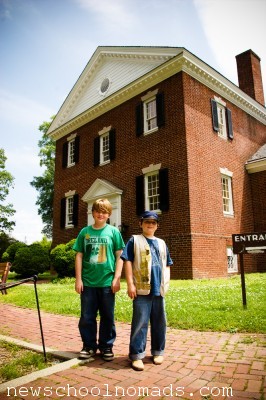 The boys in front of the Fredericksburg Visitor Center where they earned another Jr. Ranger badge.

Looking for bullet holes at the Innis house on the Sunken Road.

Getting along. (Praise God) 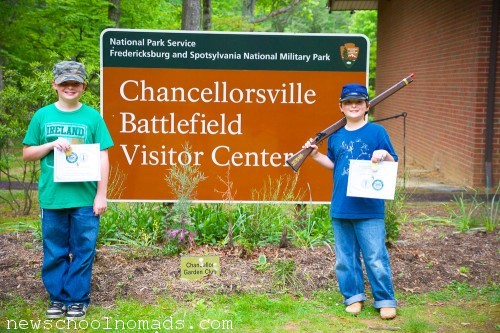 The second Jr. Ranger badge of the day. This time Thing Two is wearing the “right” hat.

Considered one of the best military strategists in US history by historians, Civil War legend, Stonewall Jackson, was accidentally shot in the arm by his own men at the Battle of Chancellorville. Upon hearing about the wounding of Jackson, General Robert E. Lee is quoted as saying in affection, “Jackson has lost his left arm, but I have lost my right”.  Jackson survived his left arm amputation but he died 8 days later of complications from pneumonia. This stone, located on the Wounding of Stonewall Jackson Trail, was placed in his honor not far from the place where he was mortally wounded. 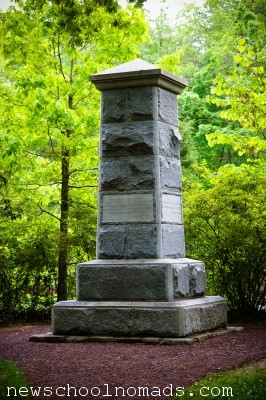 Atop the stone sat two flags bound together by not just a satin ribbon, but, by blood.

Ten years in One - Our One Year Nomadiversary