3 min read
Family on the Road

Tragedy and the Tricorne at Colonial Williamsburng

Thing Two was mad at me. This is not unusual. Everyday, it seems one of my kids is mad at me for some reason or other. Mad because I “make”…

Thing Two was mad at me.

This is not unusual. Everyday, it seems one of my kids is mad at me for some reason or other. Mad because I “make” them do school. Mad because I ask them to wash four dishes. Mad because I won’t let them play on their devices all day. Mad because I make them wear sunscreen and try vegetables. I’m a terrible mother, I tell you.

Today, Thing Two was mad at me because I wouldn’t let him spent the rest of his money on an overpriced tricorne hat, the triangle shaped hats associated with American Revolution, we saw in a shop the other day. Now he was going to “have” to wear his blue Civil War kepi to Colonial Williamsburg.

In 1699, the capital of  colonial Virginia moved from Jamestown to Williamsburg and remained the capital until 1780. Today, you can visit Colonial Williamsburg and experience for yourself what life as a colonist during the Revolution might have been like and if you are unlucky enough to have a mother like me you will “have” to wear your Civil War kepi while everyone else wears tricornes. Homeschooler problems.

Once we got there and sorted out the tickets—They offer two different homeschooling rates one for the kids through the group sales and one for the educator through the main ticket booth.—we had a fun time learning about life in Colonial Williamsburg. We toured the governor’s mansion, talked to various “tradesmen”, pet horses, admired sheep, and visited the art gallery. 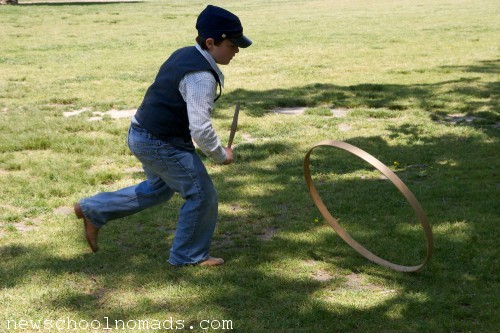 We were having a great time. Thing Two even forgot he was wearing a kepi. 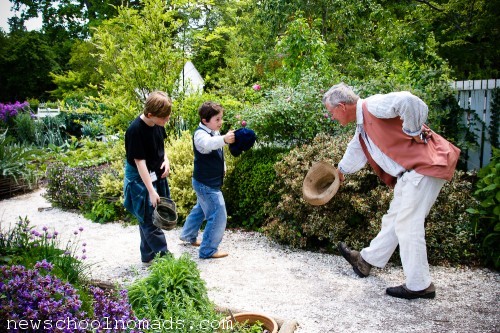 That was until a colonist taught them to bow and said to Thing Two, “You’re about a hundred years too late with your hat.”

It was over. I was the terrible mother. With tears in his eyes, Thing Two asked if he could spend the rest of the day without his hat. For the record, I never made him wear his kepi. I only require them to wear hats, any hat, when we are going to be in the sun all day and he wanted to wear something “old fashioned”. It just wasn’t old fashioned enough. 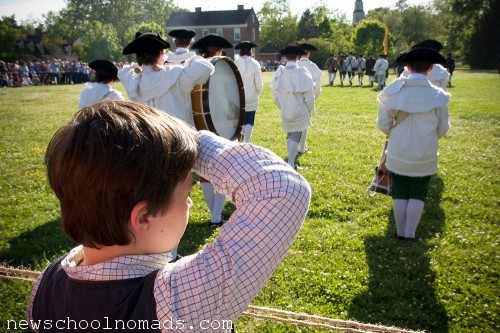 I packed the hat in the backpack and we enjoyed the rest of our day at Colonial Williamsburg where Thing Two watched wistfully as soldier boys walked by in their tricornes. 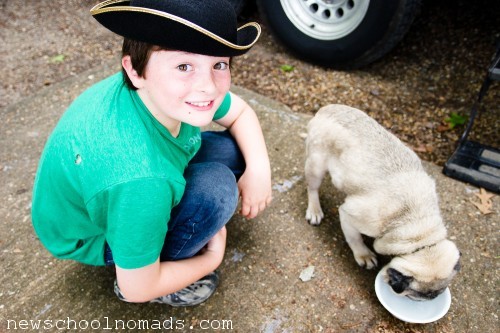 A few days later, I found a reasonable priced tricorne and bought it for Thing Two. 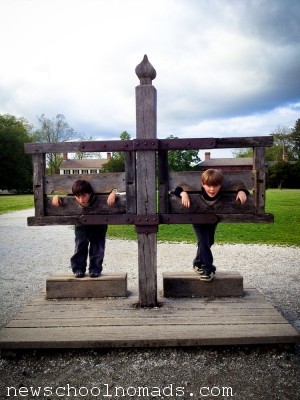 But the next time there is back-talking about dishes, school, or hats I thinking this may do.  Maybe one of these will fit on the back of the RV.

Share this:
END_OF_DOCUMENT_TOKEN_TO_BE_REPLACED
7 Comments on Tragedy and the Tricorne at Colonial Williamsburng
4 min read
Family on the Road National Parks

Today, we left Carlsbad, New Mexico, bound for Marfa, Texas.  We weren’t too far down the road when we came upon a pleasant surprise- Guadalupe Mountains National Park. How one…

Today, we left Carlsbad, New Mexico, bound for Marfa, Texas.  We weren’t too far down the road when we came upon a pleasant surprise- Guadalupe Mountains National Park. How one just stumbles upon a national park, I don’t know. If we were better planners we would have noticed that we would be passing another national park.  It’s not exactly rest-stop-sized. If we were better planners we would have made sure we made time for it.  However, we are only sort-of-kind-of following a plan so what’s a few hours to stop and drink up God’s beauty and get my “passport stamp”. I gotta have my stamps.

There are only 2 National Parks in Texas, Big Bend National Park and Guadalupe Mountains National Park.  Guadalupe Mountains is actually an ancient coral reef and now home to many animals like rattlesnakes- I don’t think there is a place out west they don’t exist- elk, mountain lions, black bears, mule deer, turkey, and golden eagels.  (I learn stuff from the Jr. Ranger programs too.)  However my favorite part was the The Pinery, ruins of a mid-1800s stagecoach station. Sometimes I feel uncomfortable in the RV, I can’t imagine a stagecoach.

Remember what I said about planning? Well my map app and I don’t get along too well.  We had been on the road about an hour after leaving the park and I was talking to my dad when Brent says, “I need to talk to you.”

Brent  – Were we supposed to turn back by the park?

I look at my phone which has horrible reception and the map page won’t load.  Of course.  Finally, it loads and…we missed the road.

What is the navigator supposed to do??

Sob big giant tears and choke out, “Maps are just so hard for me. I’m a girl. My brain doesn’t work like yours.”

I know. (Boo. Hiss.) For the record, I don’t really believe that but I’m not above using it when it could get me out of potential trouble.

Brent, the sweet loving husband that he is, told me a few minutes later that it was okay because I was just “lost in the moment enjoying myself”. Enjoying myself I was. The vast barren landscape of west Texas is almost too beautiful for me to bear. I could stare at the horizon for hours. It’s a good thing because we had hours to go. 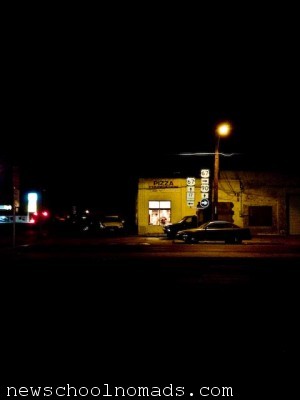 We pulled into Marfa, an eerily quiet town, hungry. It was already dark so we stopped at the first and only place we saw with a light on, Pizza Foundation. Unfortunately, they were out of pizza which was our first indication that nothing about Marfa is normal.  The folks at the pizza shop without pizza, sent us down the empty street to Cochineal. One minute it felt like we were in a nearly deserted ghost town and then next minute it felt like we were in a trendy LA restaurant. Chochineal was full of hip folk and couldn’t seat us for 45 minutes. We headed back out into the empty streets to find Jett’s Grill at the Hotel Paisano. 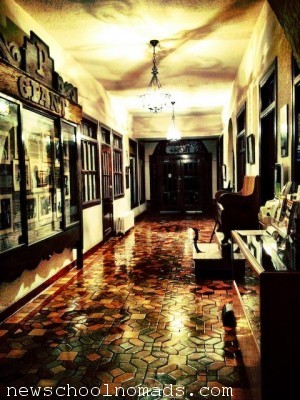 The hotel is best known for housing the cast and crew from the classic movie, Giant starring Elizabeth Taylor and James Dean. Which got me thinking if I was going to see ghosts those two wouldn’t be so bad.

After driving up and down the quiet streets, we finally found it and stumbled in tired and hungry and cranky from the long day of driving. Like Chochineal the patronage of the restaurant didn’t match the town. I suspected I’d see cowboys or rugged oil men but instead there was a Woodey Allen lookalike in one corner, a hippie with skin tight purple capri pants and pilgrim shoes in another, a family whose young child disappeared halfway through dinner a few tables over, and us. 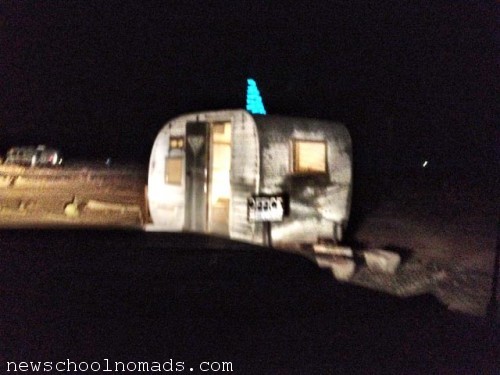 An empty “office” in an empty campground. At least they didn’t forget the holiday cheer.