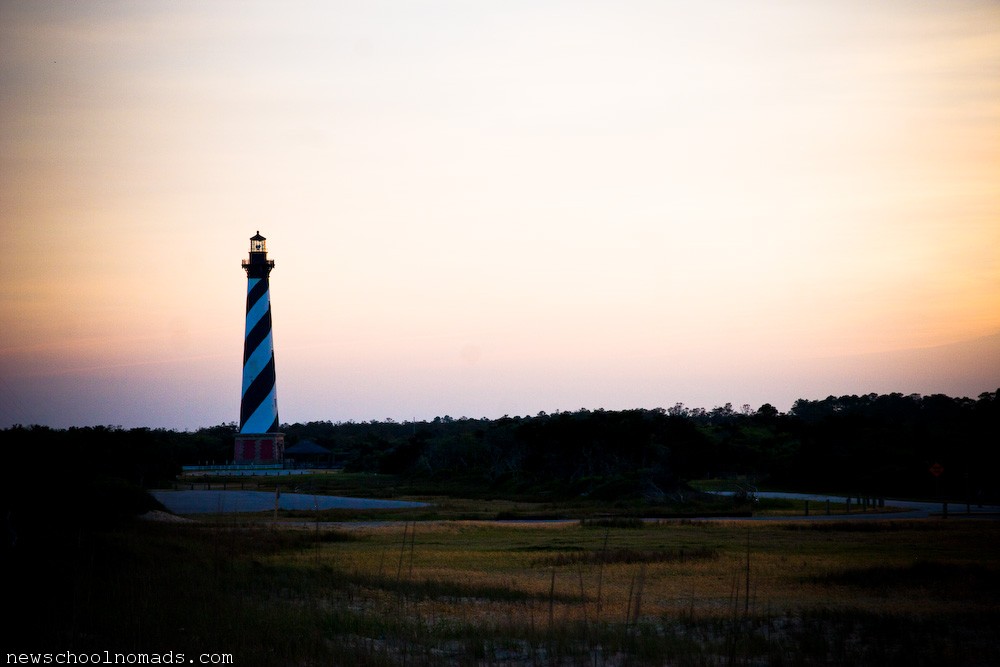 The Outer Banks in North Carolina is not only a place where you can watch sunrise and sunset from the beach but a place rich in beauty, history, and recreation.

The drive to the Outer Banks was long. As we drove through the seemingly endless wetlands, we counted basking turtles on the logs to pass time.

See the Jr. Rangers in the background?

We started at the Outer Banks Visitor Center and found out Fort Raleigh National Historic Site was just a few miles away. Fort Raleigh was the first English settlement in North America. (St. Augustine is the oldest continuously occupied city.) It is better known as The Lost Colony because the fate of the 116 settlers has never been determined.

In 1587, Sir Walter Raleigh appointed John White to lead a group of settlers to sail for Chesapeake Bay in hopes of starting a colony.  However, they stopped on Roanoke Island and, for unknown reasons, they were forced to stay by the ship’s captain.

The colonists’ attempt to build relationships with the Indians failed due to conflicts with English explorers the previous year. After one of the colonist was killed by an Indian they persuaded John White to go back to England to ask for help. White departed leaving his family behind including his newborn granddaughter, Virginia Dare, the first English child born in North America. Due to circumstances beyond his control, he was unable to return to Roanoke for three years. When he made it back to Roanoke in 1590, he found the island deserted, hence, the name The Lost Colony.

Ocracoke Island lies at the end of the Outer Banks. 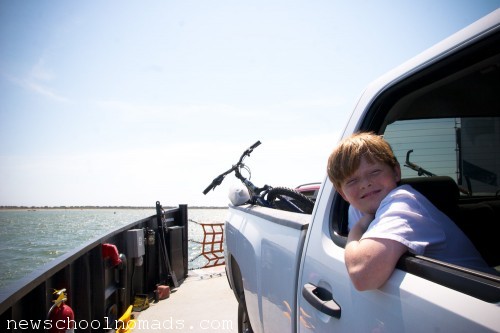 We took a free car ferry from Hatteras Island to Ocracoke. 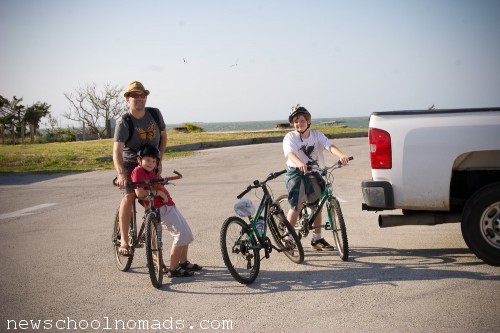 The best way to see Ocracoke Island is by bike.

We biked past the harbor… 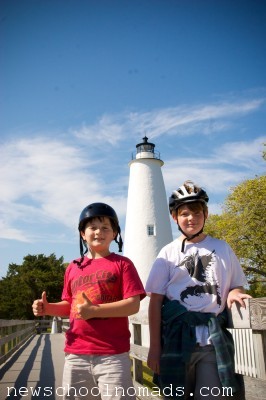 …to the Ocracoke Lighthouse.

We also went on a short hike to and had ice cream before returning home. 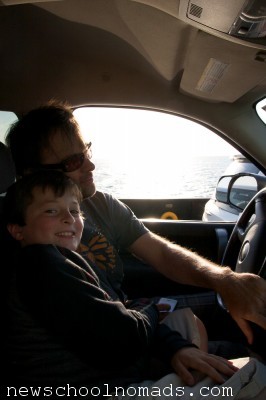 Riding the Ocracoke Ferry back to Hatteras. 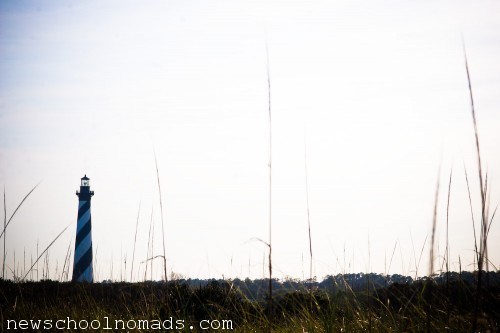 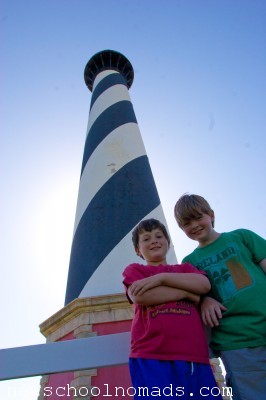 Unfortunately, we missed its opening by two days. Two days. We considered staying but knew we had to press on. 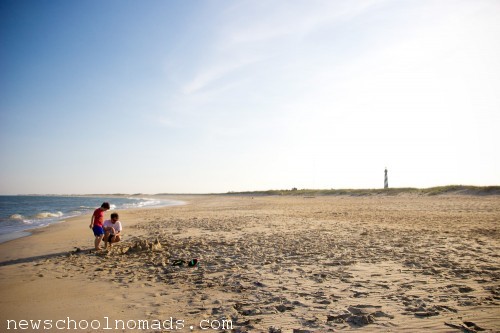 We built sandcastles along the Atlantic’s edge. 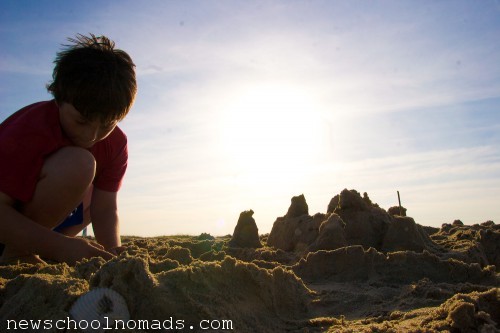 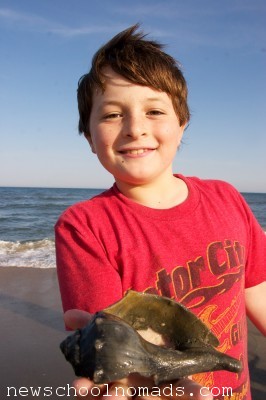 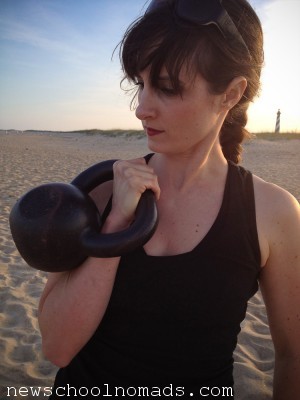 And filmed another kettlebell workout. 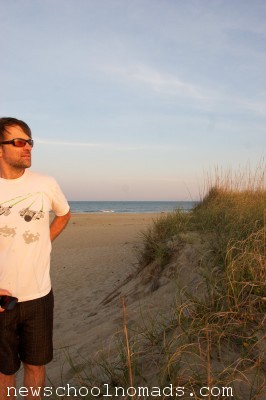 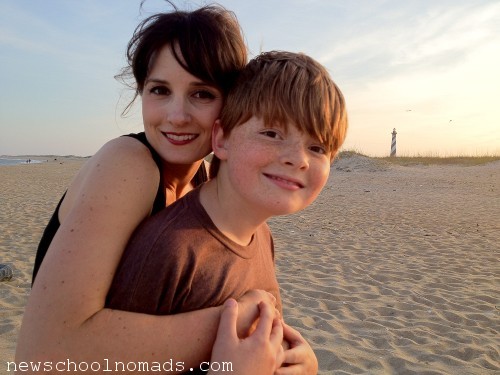 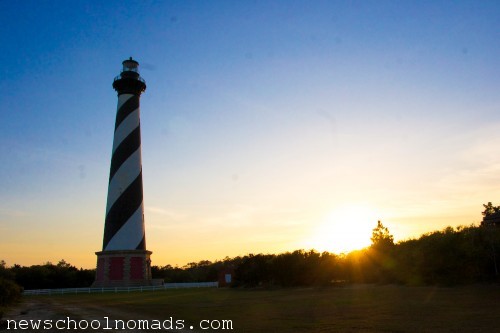 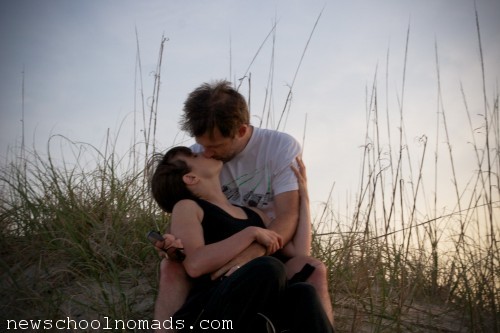 I hope the boys always remember how much we love each other. 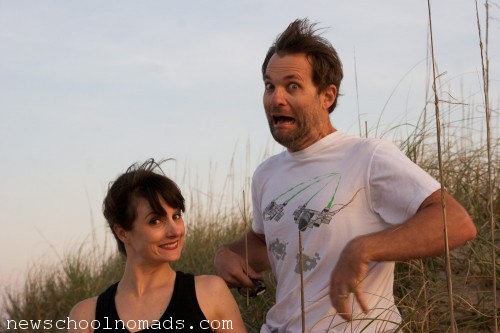 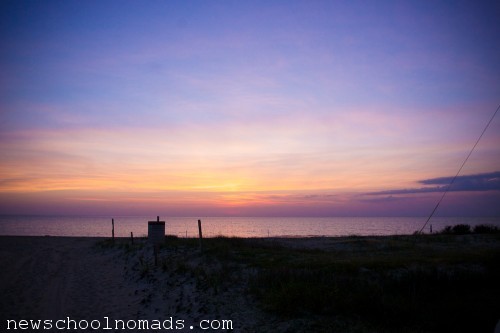 You can watch the sunrise over the Atlantic and the sunset over the sound.

A little over 300 years after The Lost Colony, the Outer Banks claimed another first.

The first flight was made by Wilbur and Orville Wright at Kitty Hawk. We spent the afternoon at the Wright Brothers National Memorial marveling how much world change hinged on that cold December morning in 1903. 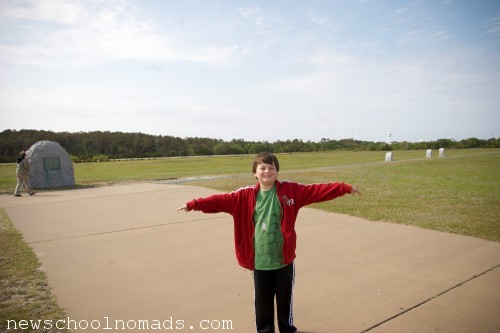 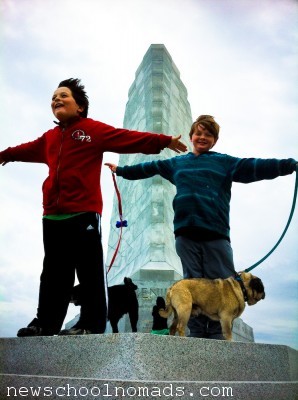 I found myself praying that our boys would share the same sort of camaraderie and friendship that the Wright brothers shared. I’m still waiting for that miracle. 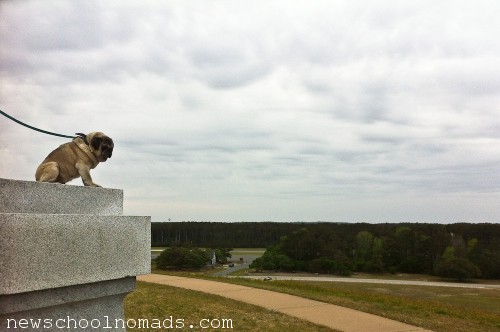 We weren’t the only ones contemplating flight…so was Nigel.

Family on the Road and Our Backyard in the Outer Banks